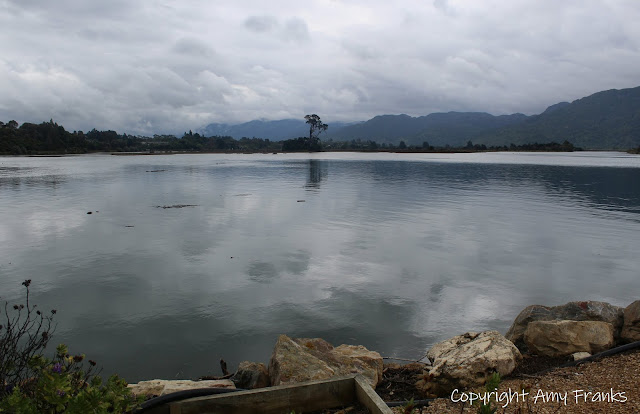 Collingwood in the Nelson Tasman area is one of those little towns where the people are friendly and it's not far from the Kahurangi National Park and Farewell Spit. When we drove through it was one of those early Summer dreary days where it rained constantly. B and I stopped at a local Four Square (like a corner shop or dairy) to buy brunch and found a good supply of healthy food so I bought a tub of yoghurt and muesli to munch on while we drove around. We had borrowed B's sister's car and discovered how good the brakes were along the windy steep roads through Golden Bay. 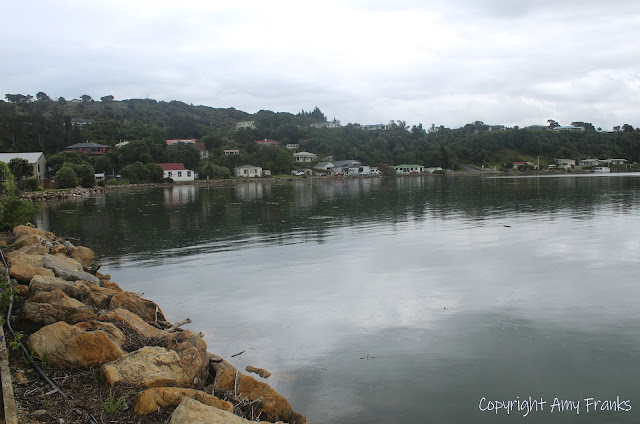 Just over a year later and life has changed dramatically...who would've known Covid would come along turning everyone's life upside down? Last Summer we were going through drought mode but so far it's rained twice and although most houses here have air conditioning (rentals by law have to have at least one), ours is in our lounge we have only had to use it once as opening up our doors onto the deck seem to bring a good breeze flowing throughout - the fan in the bedroom is proving to be handy as is sleeping without blankets.

Because people can't go on holiday overseas and with Summer being holiday season for Kiwis they are instead choosing to travel around the country. Lots of festivals going on in different places and up here the extra traffic is blocking the main roads during the day. By the end of January life should be a bit more back to normal once most people go back to work and schools start up again...

Stay safe wherever you are - kia kaha. Linking up with the Weekend Roundup and Weekend Reflections.

Beautiful lake/sky image! Here, it's been snowing a little the last couple of days... Not a lot but just enough to make the streets slushy and/or icy and not really encouraging walks!

It's good to see a photo of the area even a dreary one. I had, as I'm sure I've said before, very fond memories of my travels through that area. In fact I've got a feeling that we stayed the night in Collingwood once. I must go and have a look.

Looks a pleasant place to be shame it is overcast

Kia kaha!!! We have a cottage area north of us called Collingwood.

My younger daughter is holidaying down that way at the moment, Amy, and absolutely loving it. I was on SH1 yesterday and surprised how much traffic there was. I thought it would be quietening down a bit by now.

...what a BEAUTIFUL moody image! Thanks Amy for sharing it, take care.

A lovely part of the country. Looking forward to people finishing their holidays and we can head north for a few days.

Beautiful views!
Yes, that may be the only good outcome, people traveling their own country and nature can take a little clean breath. Irony, huh.
Here we are stuck to a radius of 15 km. Family is 60 away but I wouldn´t want to use public transport anyways...
Weird times, but to a great weekend, huh?

The first image is like a lovely painting. Have a great weekend

Beautiful photos. You have such beauty there, people should get to know their country if they haven't travelled it already.