Showing posts from April, 2018
Show All

First time I've ever visited this spot in my life - strange considering I lived in Northland for 20 years. Anyway Cape Reinga is the northernmost tip at the northern end of the north island. The nearest town, Kaitaia is about 100km away. The Maori people believe that the the cape is the point where the spirits of the dead enter the underworld. This area is considered to be the separation marker between the Tasman sea to the west and the Pacific Ocean to the right.  The lighthouse was built in 1941 and first lit in May of that year - in 1987 the lighthouse was fully automated and there was no further need for lighthouse keepers to be there. Linking up with Our World Tuesday .
11 comments
Read more

We've had some pretty intense weather overnight, I've been here in the Bay of Plenty for 3 years now and I've been waiting for something like this. We were woken around 4am by thunderstorms, lightening and pelting rain, in fact it's still raining out there now. Still not as good as the humdingers we use to get in Northland... So until it clears up here I"ll be thinking of weather like this that we had when we visited Paihia in the Bay of Islands. Apparently until 2014 this boat was used as a restaurant but due to difficulties with the landlord they have since ceased trading so for now it is moored in the harbour near Waitangi .
12 comments
Read more

On my morning run lately I've noticed a new vacant section that originally had a small house/cottage on it and there was a sign on it that said new apartments were to be built. For about a week I noticed the house was gone and the section was empty so I think the new buildings are being started. The crane in the background is sited at another section that is going to be a new building for Zespri  who market the Kiwifruit industry here in this region. I'll post an after photo of what the apartments look like.... Linking up with Skywatch Friday .
9 comments
Read more 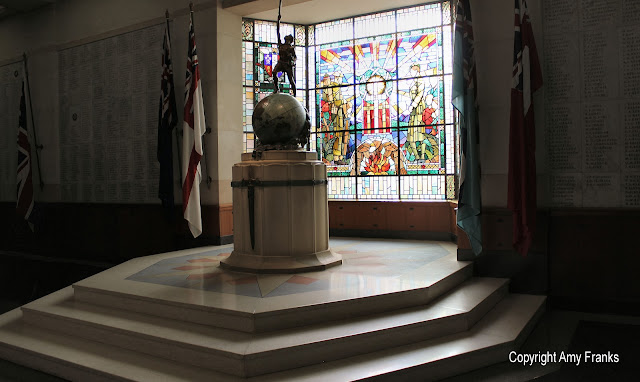 Here in NZ and Australia on April 25th is Anzac Day - meaning Australia/New Zealand Army Corps.  It marks the anniversary of the troops landing in Gallipoli in 1915 - they were meant to take over the Dardenelles but at the end it was still held by the Turkish. I feel in horror for what our military has gone through over the years...all for us. So many people these days have hurt feelings over minor issues, someone says something - someone else is up in arms. Try going through what these young volunteers went through - makes me think that's for sure.
8 comments
Read more

Autumn here in NZ is not just the time for fruits like apples, pears and kiwifruit - it's also the time for Feijoas. These are fairly expensive to buy in the supermarkets and shops but because my other half travels around for his job during the day he quite often finds them on the ground in public places and brings them home. I like to have them in fruit salads or smoothies. What you do is you scoop out the inner white flesh and eat it. It's kind of sweet but not too sweet. Feijoas are originally from Argentina, Brazil and Paraguay and were bought here in the 1920s - now there are quite a few different varieties. They tend to grow well where we are, in the Bay of Plenty, Auckland and Northland. Linking up with Our World Tuesday .
8 comments
Read more 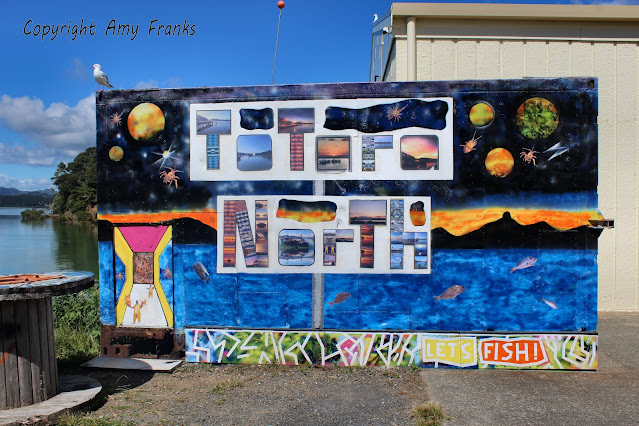 Totara North is one of those tiny settlements in the upper north island just out of the Whangaroa Harbour . Apart from a few warehouse buildings and fishing boats it didn't take us long to drive through...however being from a small town myself discovering places like this is what I love the most. We spotted this old redecorated shipping container down by the wharf near the water's edge. Whoever is responsible is very clever don't you think?
12 comments
Read more 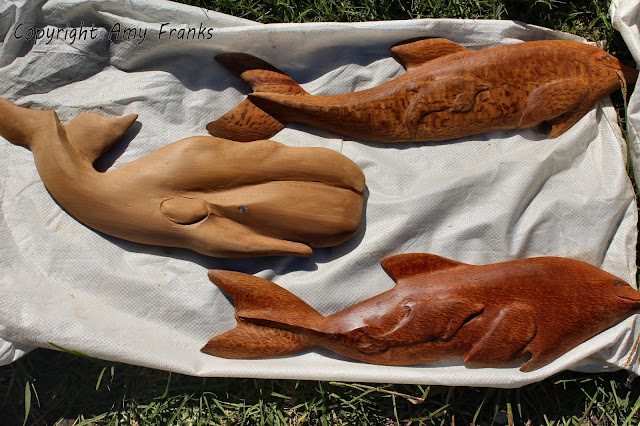 Cable Bay also known as Taipa in Northland, NZ is just absolutely stunning. We stopped off here on our road trip to check out this beach and couldn't help but stop and admire these sculptures for sale on the grass verge. These fish, whales, dolphins and other sea creatures are made from various types of wood and include pieces of paua shell for eyes and other decorations. The young man who was selling them owns his own gypsy type truck and looked like a bit of a hobo but honestly those are the best type of people to meet in life. Let me tell you I was very very tempted to buy some. They were ranging from $50nzd to $500nzd and they would've looked great on a wall in our apartment but sadly all of our money was destined to be spent on petrol and living expenses while we were up there. Linking up with Skywatch Friday for this one :-)
12 comments
Read more

Time for Autumn, time for Kiwifruit

We have the start of leaves turning brown/red/gold/orange and with it rain, wind - the usual cooler temperatures. It's also the start of Feijoa and Kiwifruit season. Kiwifruit is grown throughout the Waikato/Tauranga areas of NZ. It is a major export here and is the 3rd largest producing country other than Italy and China. I don't care for it much, we have 2 types, golden and green - I much prefer gold.
11 comments
Read more

I just love countryside - these old farm silos and barn are located in Matakohe, on the Kauri Coast in the Kaipara region of Northland. It use to be a regular feature when I worked up this way a few years back. Linking up with Skywatch Friday :-)
12 comments
Read more

I'd like you to meet Mr Tane Mahuta , not my other half in in the foreground but the big massive tree in the background. This giant Kauri tree is the feature in Kaipara's Waipoua Forest. He is not alone, there are other Kauri trees in the forest but he is the largest at with a width of 1.377m and a height of 51.2m. It's age is estimated to be between 1200 and 2500 years old The Waipoua Forest is located on the Kauri Coast of the Kaipara. In 1885 the forest came under the care of the State Forest Act and an area of 90km was put under the State Forests Reserve. If there's one thing I love about exploring bush walks and native reserves it's all the different types of plants and trees. The Waipoua Forest Trust was set up in 1999 to protect the Kauri forests in this region. Volunteers take part in weeding previously planted areas, maintaining the ground, collecting seeds, and monitoring pests such as possums ans rats. Waipoua and neighbouring
6 comments
Read more

Many years ago when I was about 12 years old my family use to spend summers at this wonderful place in Northland. We lived in Auckland at that point and I know it use to take a few hours to get there (from a child's memory I thought it was a long time) but was probably at least 3 hours drive. This is the Kai Iwi Lakes in the Kaipara District of Northland also knows as the Taharoa Domain. Kai - meaning food and Iwi meaning people so food for the people I guess. From what I know there is trout and crayfish in the lakes, there are 3 altogether; Lake Waikare, Lake Taharoa and Lake Kai Iwi - only the 2nd one is allowed to have boats or jet skiis on it. These photos show the largest of the 3. My uncle use to go diving out near the middle and come back with crayfish and as kids we use to make up makeshift spears out of sticks and forks and try to spear yabbies, which are small types of cray. You can see from the water near my feet how clear it is. This goes right o
12 comments
Read more

The Mad Hatter's Cafe in Kaeo 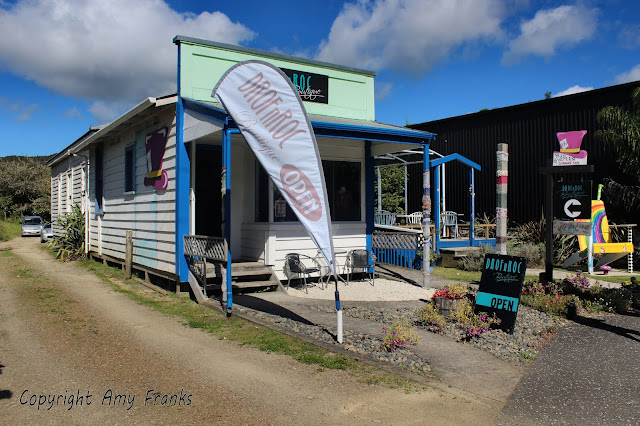 On our travels this week through Northland there was one day we spent with the other half's cousin Ali, she recommended we stop at this cafe in Kaeo (the small blue painted building to the right).  Kaeo is a very small town that quite often floods when they have heavy rain up there but it's a very old settlement and mostly is occupied by farmers or fishing people.  Named "The Mad Hatter's Cafe" this quirky little place is in Kaeo, in the far north of NZ. I like anything unusual or different to everyone else and they made a great coffee. This is B posing in the chair. Decorations on the walls show that odd can be good in a person. I would rather be known as weird because normal is boring in my humble opinion. And I quite agree with this one, it's always time for tea or coffee.
10 comments
Read more

After visiting Langs beach the other half decided he wanted to visit the local Waipu Caves (pronounced why-poo). The entrance is off a long gravel road off the main State Highway north. Surrounded by native bush, this area is frequented by cavers and people exploring inside which runs about 1km before it gets so narrow you can't go any further. It was so dark inside that we found it extremely difficult to photograph even with torches so the flash sadly was used in each one. The inside consists of different caves, puddles of water, limestone, dolomite and gypsum formations and tunnels. This area is of special significance to Maori as it was probably used for ceremonies. There are walks and tracks outside too and lead up to views over Bream Bay and the Whangarei harbour. The road out looking out over the whole countryside is covered in expansive harbour views and farmland. I think although this time we had good footwear (I had on gumboots) and torches if
8 comments
Read more

Langs Beach - I missed you!

This week the other half and I have taken a week off work to complete a tour of Northland, here in NZ which is the upper area of the North Island. I lived up in this region for 20 years but there are places I haven't been and I'm eager to show him some of my favourite places like this lovely spot...Langs Beach is somewhere I use to take my children to when they were growing up. It's a regular feature to see a tractor towing a boat trailer away from the boat ramp. These gnarled trees line the whole beach as it winds around this part of the coast. They are great to sit or play on. Such a neat view - the island in the background is called "Hen and Chicks". There is some great fishing in this area. I have lots more photos to come...
18 comments
Read more
More posts 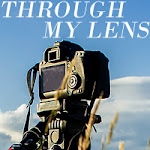 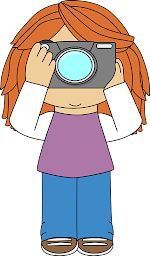