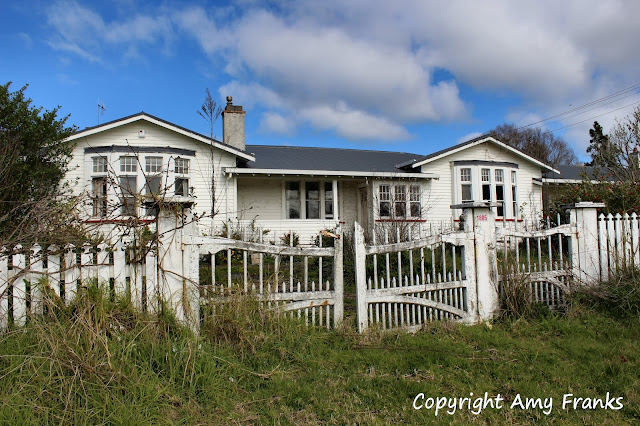 On the outskirts of Paparoa, a town about 20 minutes West of here is this wee gem, actually I shouldn't say wee as it is quite an extensive property. The old Nurse Edith Cavell Memorial Hospital is a shadow of what it once was. It's now privately owned, but about 12 years ago when my ex husband and I were looking at buying a house we were shown through this by the owner. I would've loved to have bought it but sadly he wanted more money than what it was realistically worth. 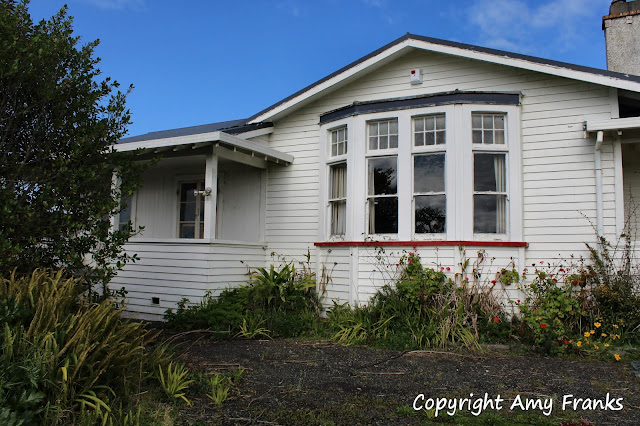 The day we visited 2 weeks ago there were workmen renovating the outside around the side and I didn't like to go in without permission from the owner. A bit of history says that it opened in 1917 and was named after Nurse Edith Cavell, a British nurse who had been executed by the Germans in Belgium in 1915. The hospital was closed in 1974 and is still privately owned but for over 5 decades so I'm sure that many local babies were born there. Apparently it has 4 bathrooms, high stud ceilings and a massive coal range - all of which could be beautifully restored. I wish I could buy it - oh the history! 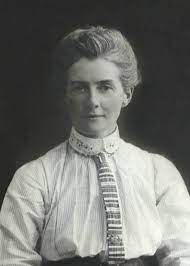 And here is the lady herself.

Linking up with Our World Tuesday and  My corner of the world
By Amy at September 17, 2019
Email ThisBlogThis!Share to TwitterShare to FacebookShare to Pinterest
Labels: edith cavell, historical buildings, my corner of the world, nz history, our world tuesday, paparoa

There's a mountain in the Canadian west named after her.

I really appreciate the efforts to renovate historical buildings.

It sounds as though someone could be renovating it now if workmen were there.

Hello, I like seeing these beautiful places renovated. Enjoy your day, have a great new week!

An interesting bit of history and a beautiful building too.

Good to hear it is being reused at long last. Another chapter in the building's history.

What a grand old building, glad they are fixing it up.

Great bit of history, Amy. That would definitely be too much to clean for me and Hubby!

I appreciate your link on 'My Corner of the World' this week!

My Corner of the World

It does indeed look like a gem Amy, restored it would make a fabulous family home 💚

A beautiful building with a considerable history but I can imagine it would be a money pit for its owner.

Good to see it is being restored, Amy. I live in an old house of similar vintage and would love to have the money to fully restore this place. I think I'll join you at "My corner of the world" - I miss blogging.