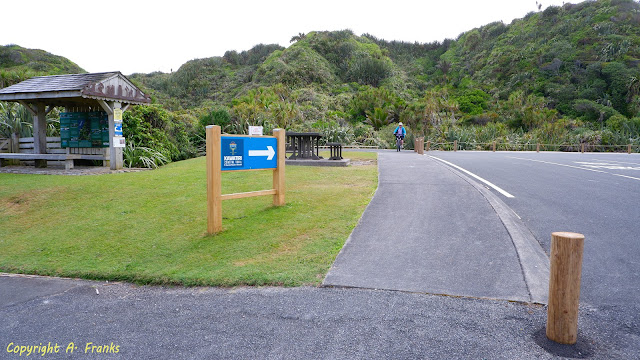 Last week we were away for a short break at the West Coast of the South Island. On day 2 we travelled to Westport but stopped at many places along the way. This is one of them - Tauranga Bay a well known spot for both cyclists and tourists. The sign saying "Kawatiri" is a word meaning "deep and swift" also one of my ancestors was named Arthur Kawatiri Luff who lived in this region but I will share a post about his life later. 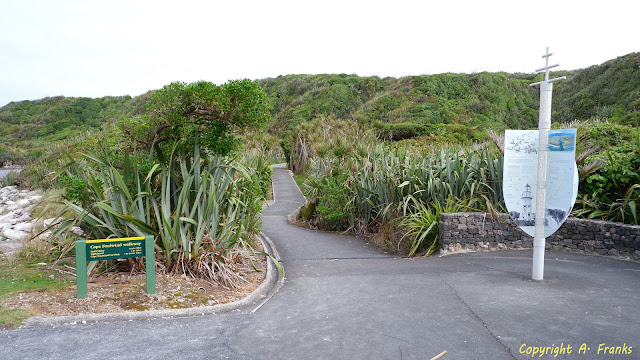 About an hour away on this particular walk is a seal colony but we chose not to do this as we had other places to see too. 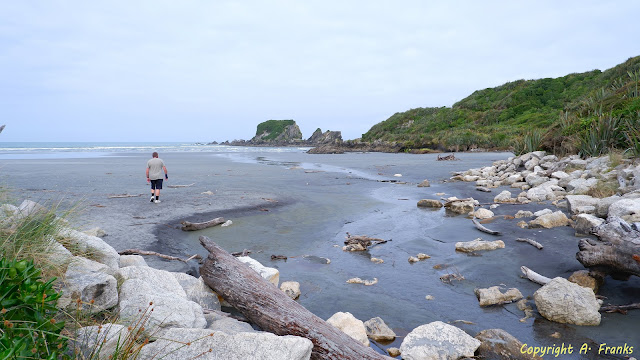 After carefully climbing down some rocks we walked along the beach which was very very spanse. 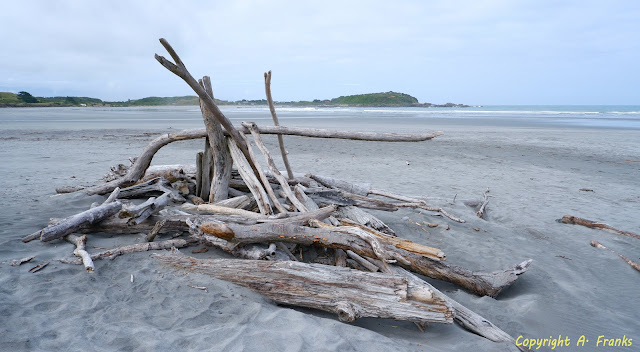 Lots of driftwood. In every beach we visit I try to get a different coloured or unusual rock to take home so that I have something from our travels. 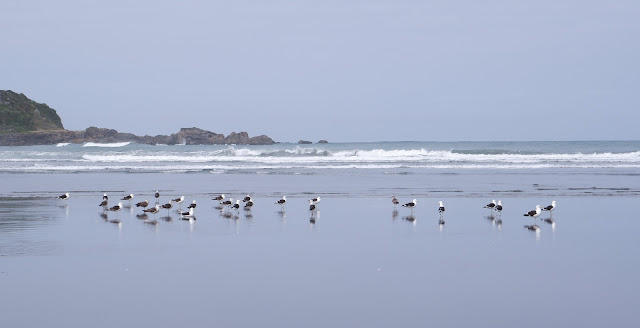 Lots of birds, mostly groups of different types of gulls and fairy terns which are endangered. 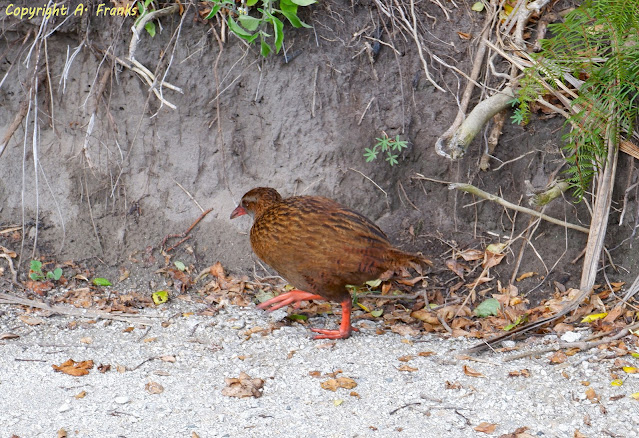 This little guy is a native Weka but they are not endangered. They are about the size of a chicken and flightless, we don't see many of them up in the North Island but we saw heaps of them yesterday.
Linking up with Skywatch Friday, All Seasons and Tom's Signs.
By Amy at January 13, 2022
Email ThisBlogThis!Share to TwitterShare to FacebookShare to Pinterest
Labels: fairy terns, kawatiri, new zealand birds, seagulls, skywatch friday, tauranga bay, tom's signs, weka, west coast, westport

...what a fabulous place to explore, the view remind me of Maui. Thanks Amy for sharing, take care and stay well.

You're really getting around. I have stayed at Westpost (I think that was a camping night - most on that coast were motel nights because of all the rain) but didn't get as far as Tauranga Bay.

A weka is new to me.

Yay for exploring and finding such things!

Looks like a nice place for a holiday.
The bird is cute, I had never heard of a weka.

Such a beautiful place to explore.

That's a nice looking beach for wandering around on. That bird is unique.

Oh so beautiful! The beach scene (photo #3) looks wonderful. To have a beach like that all to yourself must be really special.